While in church...(awful, I know!) I finally figured out how to make an envelope-ish, non zipper pillow. I took my final scraps of muslin left over from the shower curtain and went to work. I think it is the easiest pillow I have made so far. And the best part? No hand sewing at the end!

I first laid out the pillow on the scrap. You'll notice I had to sew extra pieces on the ends to make it big enough. My pillow form was 19"x19" so I made the length 20" to allow for the seams and the width about 46". Just double the pillow width and add about 8" for the flaps that will overlap to hold the pillow in. 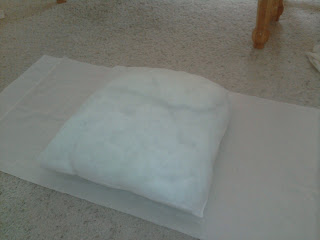 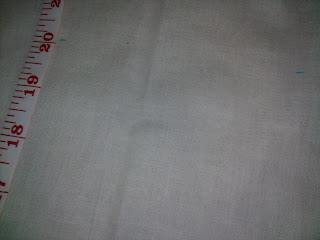 I wanted to give the pillow more flare so I randomly cut diagonal strips down the center of the pillow. I sewed the strips with the seams facing out to give it more texture. 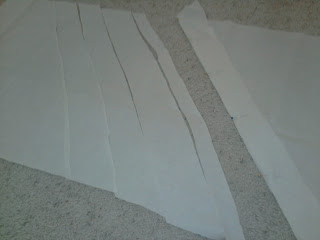 When you are ready to sew the pillow case together, hem the the lose edges of the short ends and then fold each end toward the center. I folded them on top of the pillow first and marked where the two ends would meet on the overlap. 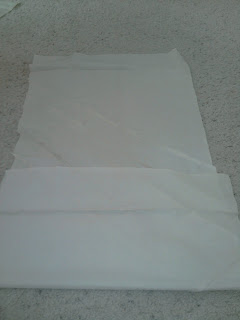 Pin everything together on the two open ends and head over to the sewing machine. 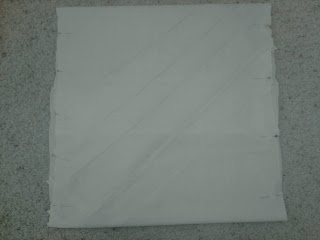 Sew down both ends, strait over the flaps and everything. Once sewn, flip that bad boy right side out and stuff the pillow in. I pressed my seams down at the end to make them stand out more. 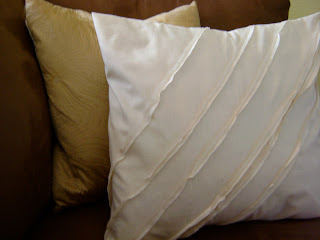 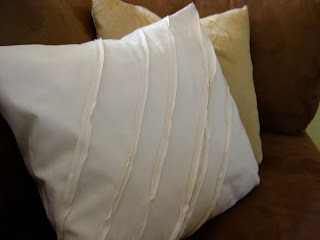 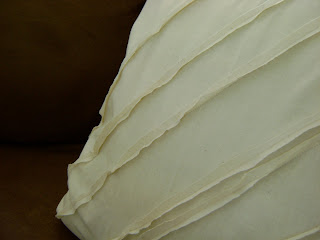 Here is the flap. I lucked out and used the seared ends of the fabric so I didn't need to sew a hem to close any raw edges. 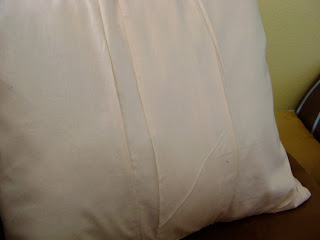 Posted by Robyn@Something Pretty at 4:17 PM 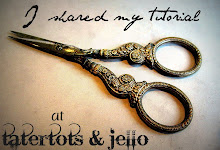